Will Smith is one of the most recognizable faces in Hollywood today. He is an esteemed actor, producer, and rapper who has had a tremendous career thus far. In this piece, we’ll be taking a look at Will Smith’s net worth in 2022. 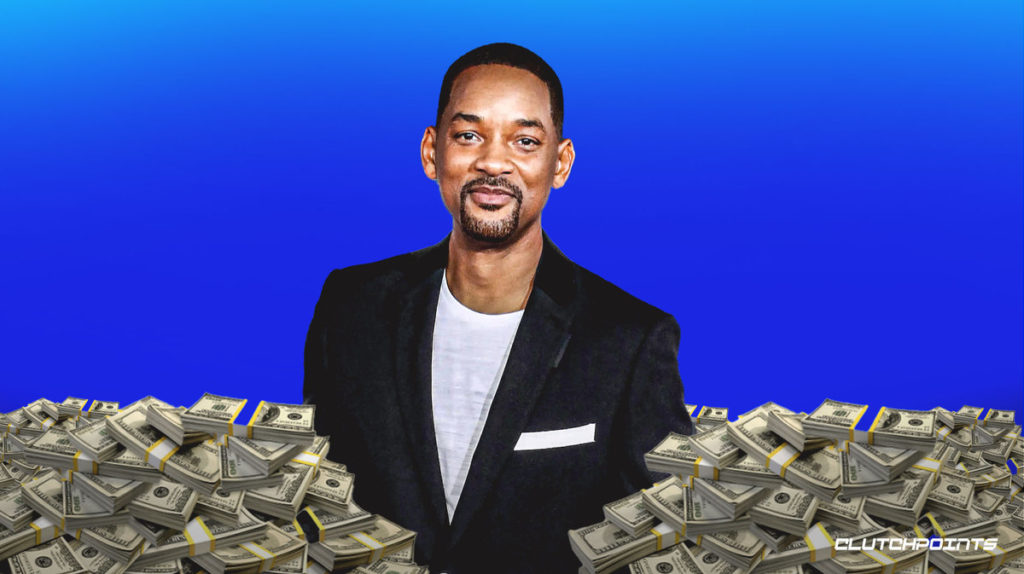 Will Smith’s net worth in 2022 is $350 million. This is according to numerous reputable sources, including Celebrity Net Worth.

Willard Carroll Smith II was born in Philadelphia, Pennsylvania, where he attended Overbrook High School. Smith was a gifted student, even receiving a scholarship offer to attend the Massachusetts Institute of Technology (MIT). However, Smith declined the offer to pursue his rapping career as The Fresh Prince.

He went on to form the duo DJ Jazzy Jeff & The Fresh Prince with his friend Jeffrey Townes in 1985. Smith had another friend, Clarence “Ready Rock C” Holmes join them as a beatboxer to make the group a trio.

Their first single “Girls Ain’t Nothing But Trouble” was released by Word Records and became a hit, introducing them to Jive Records and Russell Simmons. Things just got better and better for Smith and the group, who received the very-first Grammy for Best Rap Performance in 1989 for their single “Parents Just Don’t Understand”.

However, Smith got into some trouble with the Internal Revenue Service (IRS) which left him struggling financially. This was when TV network NBC signed Smith to create The Fresh Prince of Bel-Air (1990-1996), which went on to become one of the most successful and iconic shows of the ’90s. The show’s 6-season run catapulted Smith’s acting career and got him out of debt with the IRS.

Smith’s first major film role came in the form of 1993’s Six Degrees of Separation, for which he has received critical acclaim. He received even more success and recognition for his roles as Captain Steven Hiller in the first independence day (1996) and as J in Men in Black (1997). Three movies in, and Smith has already been part of two blockbusters, with independence day becoming the second highest-grossing film at the time.

His next films saw him taking solo lead roles in Enemy of the State (1998), Wild Wild West (1999), and the biopic Ali (2001), for which he was nominated for an Oscar and a Golden Globe (both for Best Actor awards).

Smith then ventured into animation with his role as Oscar in shark tale (2004), which was nominated for the 2004 Academy Award for Best Animated Feature. This was followed up by I, Robot in the same year.

Smith’s next movie was the 2006 classic biographical drama The Pursuit of Happyness, wherein he starred alongside his son Jaden. The movie is one of Smith’s most iconic and praised projects to date.

Two years later, The Fresh Prince had a great 2008 with box-office successes I Am Legend and Hancock cementing his status as one of the greatest draws of Hollywood.

Smith played the role of J for the last time four years on in Men in Black 3 (2012). The film became the highest-grossing one of the MIBs franchise. Obviously, this all helped to add to Will Smith’s Net Worth in 2022.

However, Smith saw arguably one of his worst flops as an actor in 2013’s After Earth, wherein he starred alongside Jaden once again. The sci-fi flick was heavily panned by critics and underperformed in the box office.

“That was a valuable lesson for me a few years ago with ‘After Earth’…that was the most painful failure in my career.” – Smith in an interview with Esquire.

Smith took a two-year hiatus following After Earth. He returned in 2015 with romance drama Focus and sports drama Concussion.

Then came his role as Deadshot in Suicide Squad (2016), which did relatively well in the box office but has been on the receiving end of much criticism.

Next would be the Netflix action-fantasy movie Bright (2017), the most expensive Netflix movie as of this writing.

In 2019, Smith would take on yet another iconic character, this time being cast as The Genie in the live-action adaptation of Aladdin (2019). The film had a mixed reception, but it grossed over a billion dollars worldwide, thus eclipsing independence day as Smith’s highest-grossing film.

More action films followed as he starred in Gemeni Man (2019), Spies in Disguise (2019), and the third installation of the bad boys franchise, Bad Boys for Life (2020).

Smith’s most recent role was as Richard Williams in King Richard (2021), for which he won a Golden Globe for Best Actor.

Smith has had a tremendous acting career thus far, and is still going strong to this day. Besides this, he has still been dabbling in music; his recent musical endeavors (aside from The Genie’s songs) include appearing as a feature for Joyner Lucas’ “Will (Remix)” as well as featuring alongside Nicky Jam and Era Istrefi in “Live it Up”, which was the theme song for the 2018 FIFA World Cup. Other ventures include production company Overbrook Entertainment, cosmetic line Carol’s Daughter, partial ownership of the Philadelphia 76ers, and venture capital fund Dreamers VC alongside footballer Keisuke Honda.

Will Smith has been in the spotlight for about 37 years. The Fresh Prince has undoubtedly left an indelible mark in both the rap game and Hollywood through his several iconic works. His numerable projects have earned him a slew of nominations and awards while raking in billions of dollars in gross revenue. Smith, meanwhile, is now worth $350 million in 2022.

Nevertheless, were you surprised at all by Will Smith’s net worth in 2022? How Chris Berman Achieved a Net Worth of $30 Million

How much money does he make from performing?