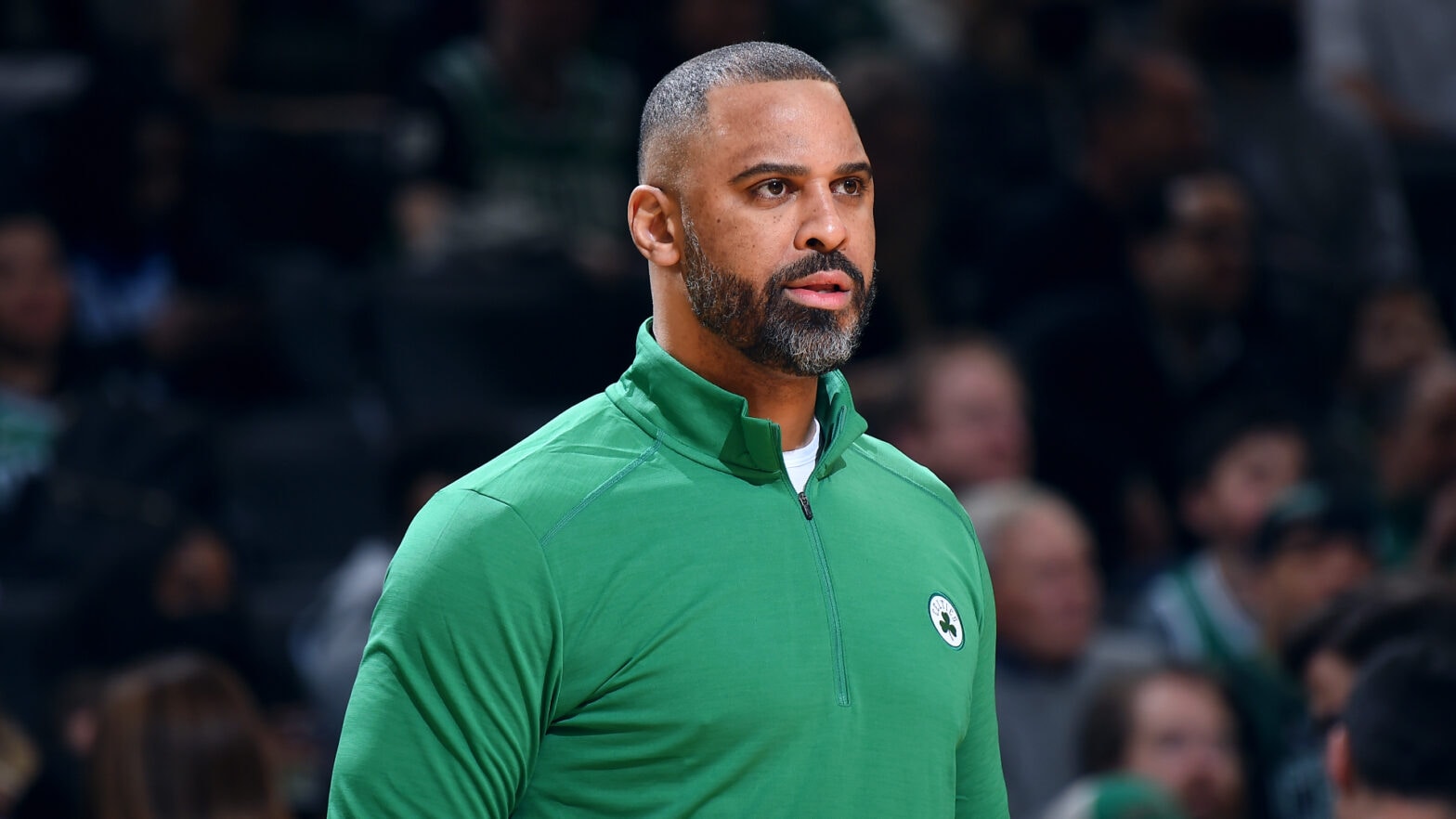 BOSTON (AP) — The Boston Celtics have suspended Ime Udoka for a full year, banning the coach who led them to the NBA Finals last spring for the entire 2022-23 season over what two people with knowledge of the matter say was a relationship inappropriately with a member of the organization.

People were talking to The Associated Press on condition of anonymity as the team has not disclosed this detail publicly. In a statement late Thursday after a full day of wrangling over the terms of the sanction, the Celtics said Udoka violated team policies and left open the possibility that a longer separation could follow.

“A decision regarding his future with the Celtics beyond this season will be made at a later date,” the team said.

Assistant coach Joe Mazzulla will take over as interim coach, one of the people who spoke to the AP said. The defending Eastern Conference champions are scheduled to hold a media day on Monday and open training camp on Tuesday in preparation for the Oct. 18 season opener.

In a statement released by ESPN, Udoka apologized “to our players, our fans, the entire Celtics organization and my family for letting them down.”

“I’m sorry for putting the team in this difficult situation and I accept the team’s decision,” he said. “Out of respect for everyone involved, I will have no further comment.”

A longtime assistant in his first NBA head coaching job, Udoka led Boston to a 51-31 record last season — going 26-6 in the last 32 games. The Celtics beat Brooklyn, Milwaukee and Miami on their way to the NBA Finals, where they lost to the Golden State Warriors in six games.

The developments stunned the NBA and rattled a team that had been among the favorites to challenge for a championship this season. It would be an unprecedented 18th title for the franchise.

It’s unclear whether Udoka and the Celtics will be as keen to reunite.

Udoka, 45, spent most of his NBA playing career in San Antonio, then joined Spurs coaching staff Gregg Popovich as an assistant. Udoka was on the Spurs staff from 2012 to 2019, winning it all in 2014, and he soon found himself on shortlists for open head coaching positions.

He spent the 2019-20 season in Philadelphia and the 2020-21 season in Brooklyn before the Celtics hired him in June 2021 as the successor to Brad Stevens – who moved to the front office. In the first year, Udoka finished fourth in Coach of the Year voting and the Celtics came within two championship wins.

“The future is bright and we’re just getting started,” Udoka said after the NBA Finals.

The bombshell on the eve of training camp is the latest twist before what was supposed to be a promising season for the NBA’s most decorated franchise.

The Celtics bolstered their roster of finalists by acquiring guard Malcolm Brogdon in a trade from Indiana, then added veteran marksman forward Danilo Gallinari as a free agent. But last month, Gallinari tore the ACL in his left knee and will be out of action for the coming season.

Center Robert Williams, a key part of Boston’s defense system who suffered injuries in last season’s playoffs, is still struggling with knee pain and is expected to miss the start of the season.

The Celtics have also been mentioned in speculation over a new home for Brooklyn forward Kevin Durant, a perennial All-Star who asked for — and then backed off on — a trade request. Although the talks came to nothing, they raised questions about Boston’s commitment to young star Jaylen Brown.

Mazzulla was interviewed for the Utah Jazz coaching job this summer, a job that eventually went to Will Hardy, another Udoka assistant in Boston last season.

Mazzulla’s only previous experience as a head coach is a two-year stint at Division II Fairmont State in West Virginia, where he went 43-17 and made the NCAA Tournament in his second season. A New England native from Rhode Island, Mazzulla played in West Virginia, served as an assistant for the Celtics’ G League team before taking over at Fairmont State, then was rehired by the Celtics in June 2019 to become part of the Stevens staff.

Mazzulla’s last game at Fairmont State was against Mercyhurst. His first real game with the Celtics will get a bit more attention: Boston is set to host longtime rival Philadelphia in the opener, when they announce a year-long tribute to Hall of Famer Bill Russell.

Why Coloradans have quit their jobs: “What price my soul?”